Several species of seeds and grasses make up a lawn. The choice of these species depends mainly on the use and properties of the yard. There are mostly five main components that you will see in this article.

The appearance of fescue depends on the species that compose it. It adapts easily to dry, sandy soil. For this, you can choose between 4 types of fescues:

Sheep fescue is distinguished by its red and golden color during the summer season. Its tufted appearance affects its growth, as it takes a long time for the tufts to come together. You don’t have to use the mower frequently with this type of fescue because it also has a low growth height.

Red fescue thrives on poor soil conditions. However, combining it with other growing grasses is essential to speed up its growth.

Ovine fescue is characterized by its very fine appearance and dark green color. It also has a solid resistance to red thread disease. However, it is not suitable for heavily used lawns, as it cannot withstand repeated trampling.

Tall fescue is not recommended for a garden lawn. It is ideal for a meadow because of its coarse foliage. It is not suitable for repeated short mowing. In other words, it is ideal for use in lawns that are subjected to multiple trampling, permanent humidity or intense cold. 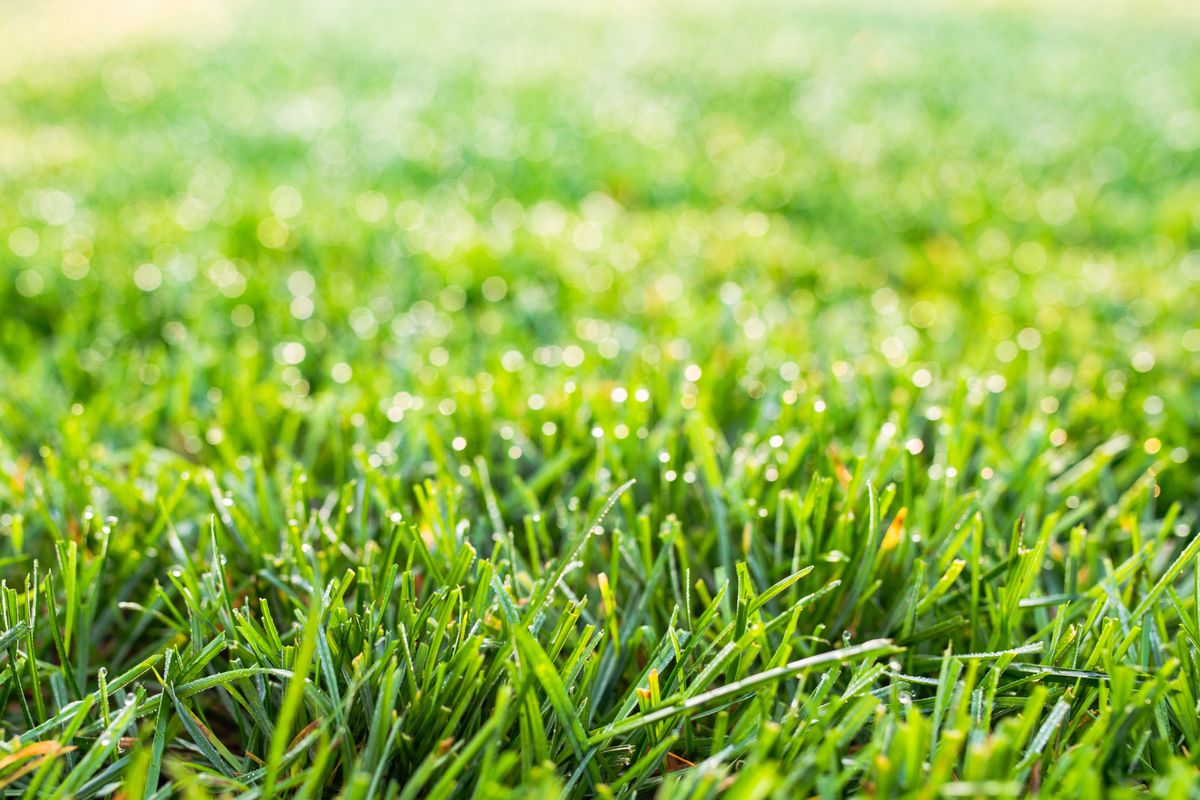 Most turf mixtures contain Ray Grass. Indeed, it is characterized by its rapid germination compared to other compositions. It can adapt to any soil, but heavy and cool soils are preferred to take full advantage of its benefits. In addition, it is highly resistant to repeated trampling and can be easily combined with other types of grasses. On the other hand, the effect of drought can turn it into a doormat, but as soon as it is watered, it regains its original appearance. Be aware that lawn mixtures should not contain more than 50% Ray Grass. However, it should be changed at least every 4 years, as it degrades over time.

Cynodon dactylon or houndstooth grass is characterized by its coarse foliage. Although it is less solicited, it represents some significant advantages:

Cynodon is the most resistant species to drought and poor soil conditions;
it is ideally suited to the climate of southern France, where other species cannot flourish in the same way.

The bentgrass is used to beautify the exterior by installing golf greens or large lawns of a luxury residence. Indeed, it is characterized by its delicate foliage and soft green color. As a result, it has a fragile growth and resists badly to trampling. To mow it, use sharpened spiral blades. There are two main types of bentgrass.

Common bentgrass grows in thick clumps of delicate, velvety foliage with a creeping habit. It thrives on continental plateaus, mountains, and hills in marine areas. In other words, it adapts to acid and humid soils. To optimize its germination, it needs a temperature of at least 12° C.

Creeping bentgrass is composed of stolons that allow your lawn to proliferate. Heavy and sticky soils can accommodate it without difficulty. Thus, it is recommended to sow it between April and July to avoid having evasive runners.

Bluegrass is distinguished by its green color, maintained throughout the year. It needs special care by watering regularly and feeding with ample fertilizer. In addition, it must be constantly monitored because of its disease susceptibility. Common bluegrass and Kentucky bluegrass are the most used.

Next article Focus on Garden Staging