The honeysuckle family includes some 180 varieties of shrubs and vines as well as invasive types like the Japanese honeysuckle (Loniecera Japonica) and the bush honeysuckle (Lonicera Tatarica). In general, newly planted honeysuckle requires constant water and some extra care while grown-up plants need to be pruned.

So, here’s a guide to help you prune your honeysuckle! 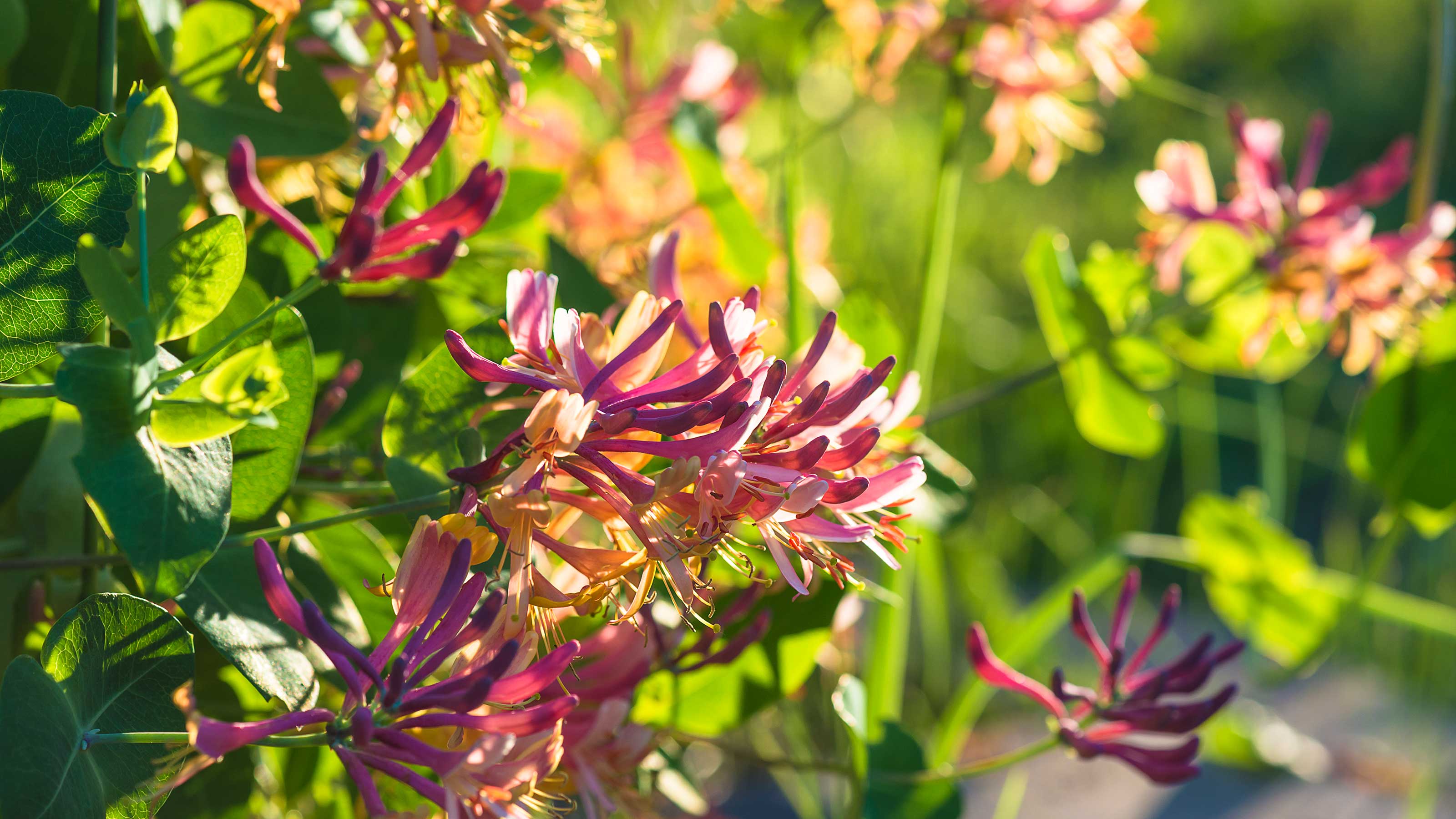 Usually, it is recommended to prune the bush during the months of April and June. If you want the branches to produce blooms, you must wait until after the flowering season. Look for branches that did not produce any leaves or flowers after the plant blooms.

Trimming the plant during the blooming season can cause growth to stop and the flowers to wilt prematurely. And to prevent the spread of pests and diseases and protect the plants, make sure you disinfect the pruning shears with rubbing alcohol or bleach before using them.

Examine the bush for any dead branches with no leaves or that did not produce blooms. Make a note of any branches that have snapped or bent. Also, look for any branches with pests on them or with wilted leaves near the plant’s base.

Before “shaping” the bush by getting rid of healthy branches, remove infected and broken branches.

Make a 45-Degree Angle With the Pruning Scissors

Cutting at an angle allows water to run off the end and reduces the likelihood of stem rot. Avoid cutting branches straight across because this can kill the rest of the branch by allowing water to pool on the surface and inviting pests to burrow into the branches.

To avoid the formation of minuscule cracks on the branches, always use sharp pruning scissors or long-handled loppers. You can cut the branches 1⁄4 in (0.64 cm) in front of a bud. Leaving a small portion of the old branch will promote regrowth. Look for a bud near where a leaf or another branch meets the branch you want to cut. This is an area of development.

If any part of the branch is severely damaged or diseased, prune it back to a healthy main branch in the bush’s center, also known as a “parent branch.”

Choose some of the long, healthy stems in the center of the bush and prune them to a bud near the center. This will allow more sunlight and air to penetrate the bush’s middle and lower sections, encouraging further growth.

Remove no more than 13 of your bush’s healthy branches at any time – no matter how overgrown it is.

Ifthere are a lot of long branches at the top of the bush, you might want to trim some of them to the center. This can also increase the amount of sunlight that reaches the shrub’s lower part.

To Shape the Vine, Prune It Lightly in Late Summer

During the blooming season, honeysuckle vines can grow quickly and spread widely. Re-shape the plant to a more reasonable size after the season is over. Avoid cutting more than 1/3 of the stems of a honeysuckle vine during the first few years of growth. Too many stems removed from the plant can cause it to die.

And, remember to prevent the spread of pests and diseases, you must disinfect pruning shears with rubbing alcohol or bleach.

Before Pruning, Remove or Trim Any Dead Stems and Wilted Flowers 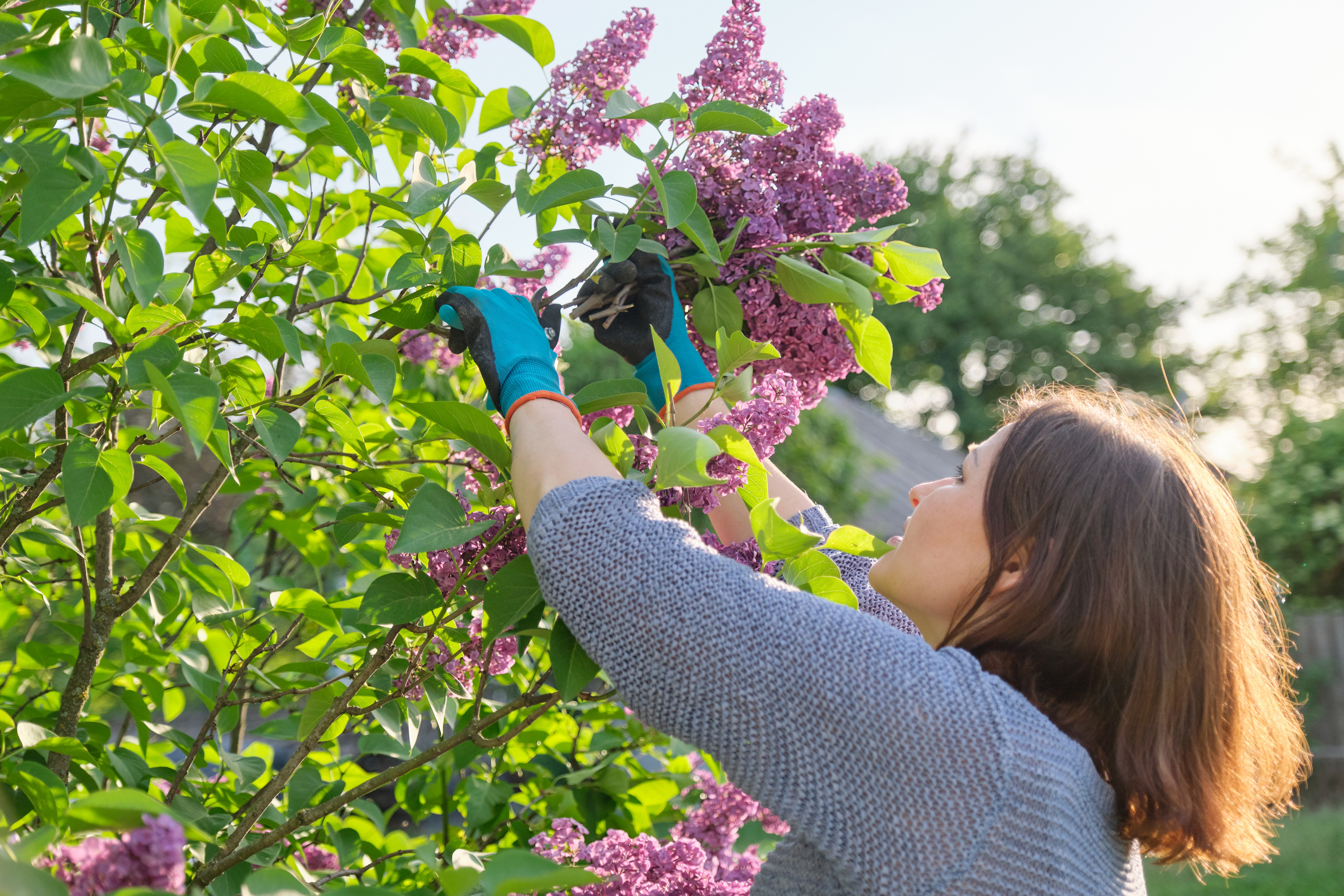 Before you begin shaping the vine, remove any remaining brown leaves or flowers with your hands or pruning scissors. This will give you a better idea of the size and shape of your vine and will help you focus more on areas where the vine requires more water, sunlight, or airflow.

Remove Any Tangled Stems at the Vine’s Crown

The top of the vine is more tangled than the bottom, so cutting off stems here encourages growth later in the season. Working slowly at the bottom of the vine, cut only the tangled stems.

Trim more off one side of the plant to encourage growth in the opposite direction if you want to redirect the vine.

Trim any stems from the bottom of younger plants carefully, as this “old growth” helps to support the plant. Without it, the vine may perish.

Next article 5 Steps to Maintain Your Rose Bush