How Is Tree Felling Carried Out

Methods and precautions for tree felling

The felling of a tree requires precise safety measures. For example, cutting a tree can be hindered by the surrounding infrastructure. This is why it is sometimes necessary to dismantle the tree before felling it. Only once the tree is on the ground can the following steps be taken

– delimbing on the ground;

– the cutting of the wood; 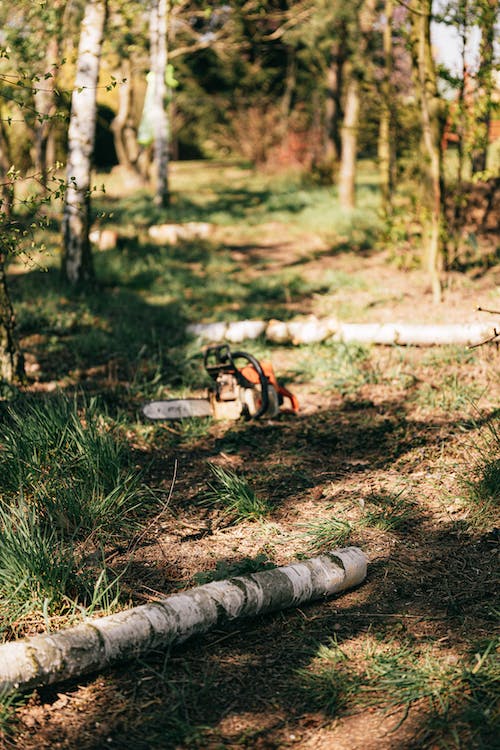 Felling consists of bringing down a tree to where it has been decided. The pruning saw needs to be sufficiently sized for felling because of its low power and the size of its bar, but it can be used for delimbing. Depending on the operation to be carried out, a chainsaw may be more or less suitable because of its size, power and length of the bar.

Until a few decades ago, trees were felled with an axe. Today, it can be done with the following:

– a hand-held chainsaw: allows for a much faster and easier cut but presents risks if the chainsaw is not adapted to the work;

– or a mechanical felling machine: the harvester. 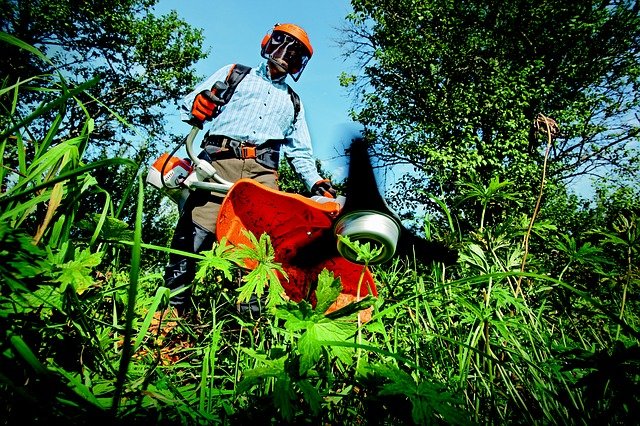 Personnel handling the chainsaw for pruning, felling or delimbing must have the necessary equipment and, in particular, wear Personal Protective Equipment (PPE):

– pruning helmet with goggles and earplugs;

– pruning harnesses for those who climb.

For safety reasons, it is preferable to call on a pruning company composed of professional climbers, pruners or lumberjacks.

Felling a tree: protecting property on the ground

The goods above and on the ground must be protected from the tree’s fall to be cut down. There are adapted felling methods to make the tree fall in a precise place and avoid the following:

– telephone and electric lines: dismantling required after authorization and possibly disconnection of electricity by the concessionaire;

– roads and infrastructures: partial dismantling if necessary to direct the tree’s fall to an open area.

Technique for felling a tree: direction of fall, folding… 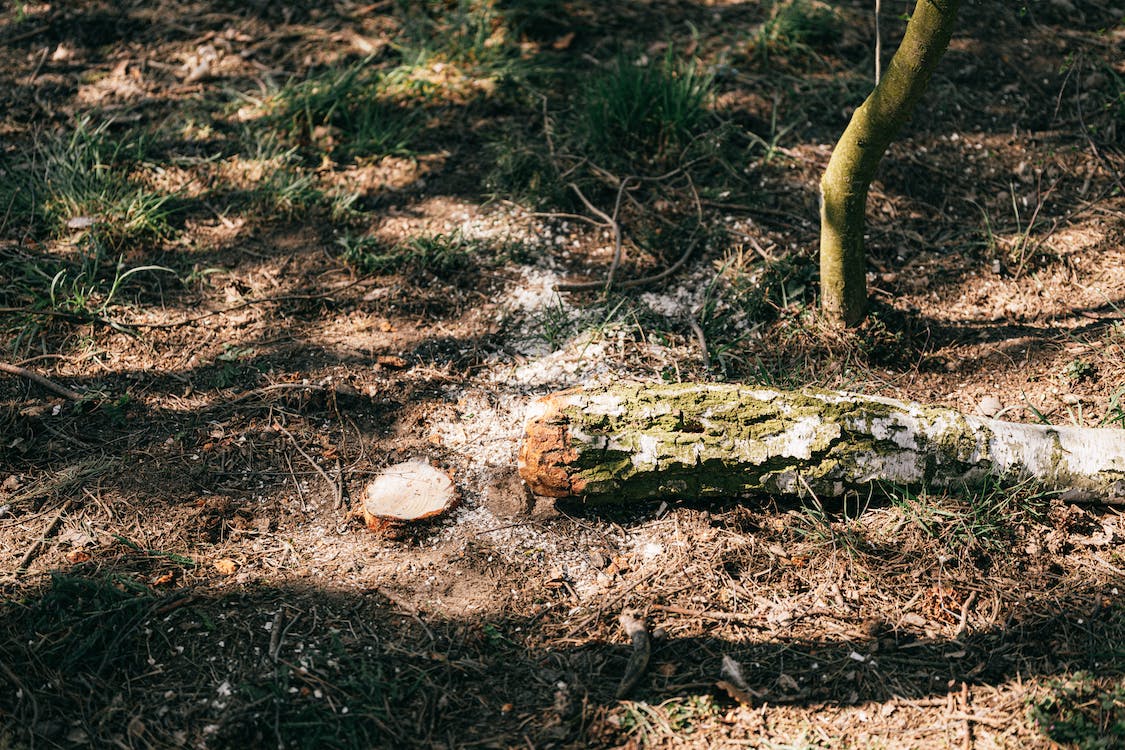 Felling should only be done when the weather is good, avoiding rainy and windy days. For the felling of a tree, it is necessary to foresee the following:

– the direction in which the tree will be cut;

– the direction in which the tree will fall;

– the area where the operator can withdraw. 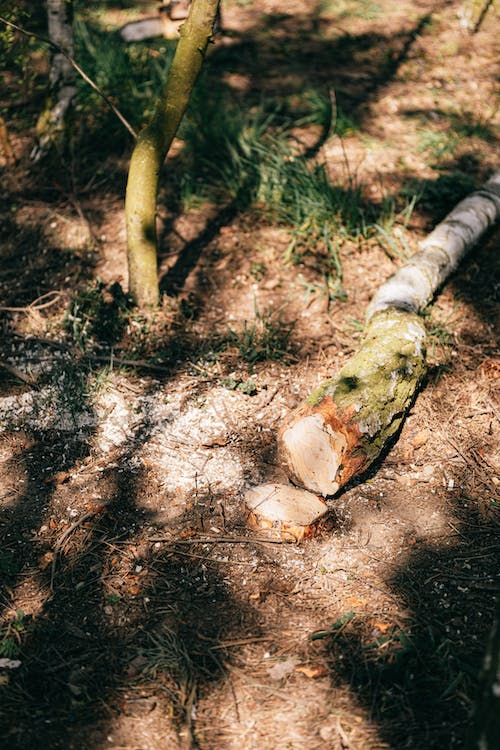 To determine the direction in which the tree will fall, we take into account the following:

– the constraints due to the environment.

After having determined the desired direction of fall, it is necessary to clean the following:

– the foot of the tree from moss and lichens that may hinder the operator’s movements around the bole;

– and if necessary, the fall zone of brushwood and dead wood that will hinder the subsequent delimbing.

Fallback area for felling a tree: essential for safety

It is necessary to set up a fallback area which must be located at 135° on either side of the direction of the fall:

– The layout consists of removing vegetation that could hinder a hasty departure in case of necessity.

– The rear of the cut is a dangerous area because of the possible retreat of the cut tree, significantly if other trees hinder the tipping of the crown.

It is recommended to equip yourself with a chainsaw whose guide bar is as long as the trunk’s diameter to proceed with the felling. Here are the steps to follow during the felling process:

You can cut the tree in one step or several steps, depending on the size of the saw bar:

– The bar is longer than the tree’s diameter: the felling cut can be continuous.

– The length of the saw bar is less than the tree’s diameter: the felling cut must be made in several stages.

Once the tree is on the ground, it will be necessary to proceed to the operations of delimbing, breaking up and then uprooting the stump or stump removal.

Next article Knowing the Basics of Gardening: Plant Growth